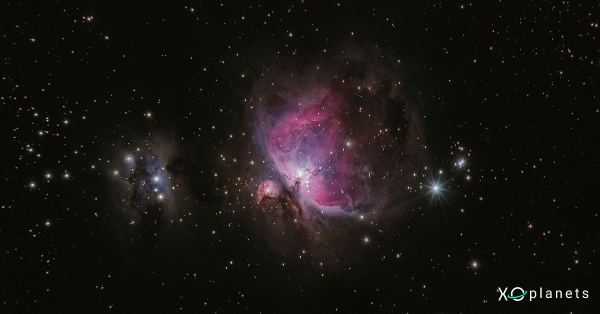 Miami, Florida, United States, 26th Sep 2022 – Space and NFT enthusiasts can now own a piece of outer space from Nola Labs, as NASA’s Exoplanet Exploration Program unveils new exoplanets. Nola Labs LLC is launching the public sale of these planets in NFT form on September 28TH at 10 am ET. These 5,000 XOplanets are part of a generative art collection that will expand as NASA identifies more exoplanets.

NFTs are currently in a bear market. In fact, according to DappRadar, the trading volume of the largest NFT marketplace, OpenSea, has dropped by over 90% since May. At the same time, the market is saturated with avatars and other cartoon-based NFTs. The XOplanets NFT collection from Nola Labs offers a change for people who are looking for something different. Unique NFT collections of this kind also boost the possibility of reviving the market.

“The only non-cartoon NFT listing in the top 1,000 on September 3, 2022 was Star Autographs at #806,” says the Nola Labs’ founder. “Unfortunately, this NFT is trading on Binance NFT and this marketplace is not allowed to transact within the United States. Given the shortage of non-cartoon NFTs, it’s no wonder that laypeople, citizens of the world still comfortably ensconced in Web2, are turning their backs on this scene.”

Each XOplanet is modeled after one of the exoplanets that NASA has discovered and identified since 1992. As such, each NFT in this collection is backed by scientific metadata from NASA. The XOplanets are also animated to spin and circle, enveloping each owner with its possibilities of XOplanet fun. The artists behind this NFT collection have studied the exoplanets and estimated the level and color of the sky around each planet. In this way, they can show what humans would see while standing in front of that specific planet.

The sale of this XOplanets collection will begin at 10 am (ET) on September 28TH. Each XOplanet will be selling for approximately $680 for the first 24 hours, with price increases thereafter. The XOplanets can be purchased using credit card or ETH, and 6% of each sale will be donated to Starlight Children’s Foundation and SETI Institute.

“One only needs to review the 1000 top-trading NFT listings on CoinMarketCap to realize how saturated the market has become with hundreds of cartoon projects,” said Nola Labs founder. “We see crazy project names all the time, from projects that are designed purely for outlandishness. We’ve designed a unique NFT collection that will appeal to astronomers, space enthusiasts and NFT collectors who are on the lookout for a valuable NFT.”

An XOplanet would be the perfect gift for anyone who is fascinated by the night sky. Owners of an XOplanet (also known as XOplanet Xplorers) can visit one of the numerous NASA-sanctioned websites for detailed information and celestial coordinates. XOplanet Xplorers can also employ private software companies such as Starry Night or Sky Safari to help them find the star that their XOplanet is orbiting.

About Nola Labs and the XOplanet Creators

The Nola Labs team is a combination of experts who are fascinated by ‘everything outer space.’ For more than 44 years, the founder honed his interest in worlds beyond. The XOplanet NFT collection is the result of combining his passion for outer space, Ufology, space travel, and extraterrestrial sightings. Nola Labs will fill the niche of an on-line community of people who are interested in outer space, with the primary purpose of creating and selling interesting works of generative art. XOplanet creators are located in Miami, Atlanta, Los Angeles, Seattle, Manchester-Great Britain, Rotterdam, and Czech Republic.